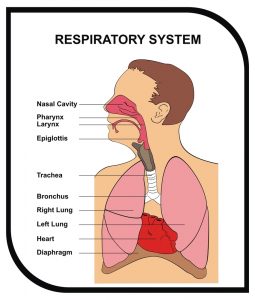 The upper respiratory tract extends from the soft palate down through the pharynx into the larynx (technically it also includes the nasal and oral cavities)…See accompanying image (pinkish tube like structure in the head).

The upper ‘airway’ can be looked at as a collapsible, soft walled compliant tube. As we have seen in previous blogs and more specifically (see blog “Sleep Apnea and Nocturnal Tooth Grinding” posted on March 17th, 2014) the tongue, soft palate and associated soft tissue structures, fall to the back of the throat when we are lying in the supine (on our back) position. The problem worsens when you take into account the fact that the upper airway is a collapsible tube.

Concept of a Collapsible Tube
There are several factors which determine whether or not one’s airway will collapse. This can get pretty technical, however for the purpose of this blog, we don’t want to over complicate the issue, so I will try to keep things simple.

First, imagine the airway in your throat as a ‘tube’ the consistency being that of pasta (it is pliable). There is a balance between a pressure exerting a force (inwards) on the outside of this tube, and a pressure pushing outwards inside of the tube itself (the forces oppose each other)…whether the tube will collapse or not will depend on the balance of these forces.

In the state of being awake, the airway does not collapse because there is a mechanical as well as a tonic neural input that keep the walls stable and ‘taut’. However, when we are asleep the situation is quite different.

Often, the neural and mechanical factors that are in place while awake, are not present while we sleep, so the airway may partially or fully collapse upon itself. This collapsing of the airway is known as Obstructive Sleep Apnea (OSA). In addition, if one sleeps on their back, gravity tends to favour the airway collapsing.

Factors that affect collapsibility of the airway
1) Weight: A heavy individual tends to have a greater degree of airway collapse than someone who is thin, because fat deposits accumulate on the outside of the ‘soft/pliable’ walls of the airway and the load of fat is often too much for it to bear…so it collapses. Men who have a neck circumference greater than 17’’ and women greater than 16” tend to be at more risk of collapse.
2) Length of the airway: The longer the neck, the greater the chance of airway collapse…tall thin people tend to fall into this category.
3) Position of sleep: As mentioned previously, sleeping on your back will lead to a greater chance of airway collapse than if you sleep on your side.
Healthy Individuals (those who don’t have OSA)

The Role of CPAP (forced air)
A continuous flow of air under pressure while the individual is asleep will ensure that the ‘pliable’ airway remains open.

The role of MADs
Mandibular advancing devices function by:
1. Pulling the tongue, soft palate and associated soft tissue structures forward (and enlarging the airway).
2. The MAD will improve upper airway muscle tone which acts to decrease airway collapsibility. This is achieved through the pulling action of the device.

Conclusion
Again, the purpose of this blog was not to overwhelm people with technicalities…just keep in mind that while asleep, the tongue and associated soft tissues at the back of the throat along with the ‘pliable’ upper airway tract can readily collapse upon themselves and create an obstruction. Through the use of CPAP and MADs we can open up these airways and achieve a state of health.

Yours in good health,

Question: What is Leptin? Leptin is a protein-hormone which is released from fat (adipose) tissue 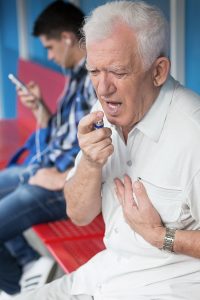 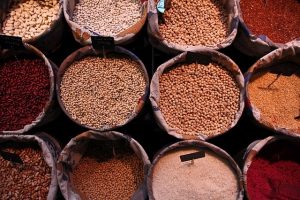 Phytic Acid And Your Teeth (And What Is Remineralization?)

In recent years, you may have heard claims about remineralizing your teeth. You may have

Planning for a Dental Implant 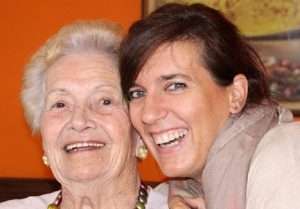 Because of modern dentistry, most of us can expect to keep our own teeth well

Have you ever heard the expression ‘there’s a price to pay for that? ‘ With